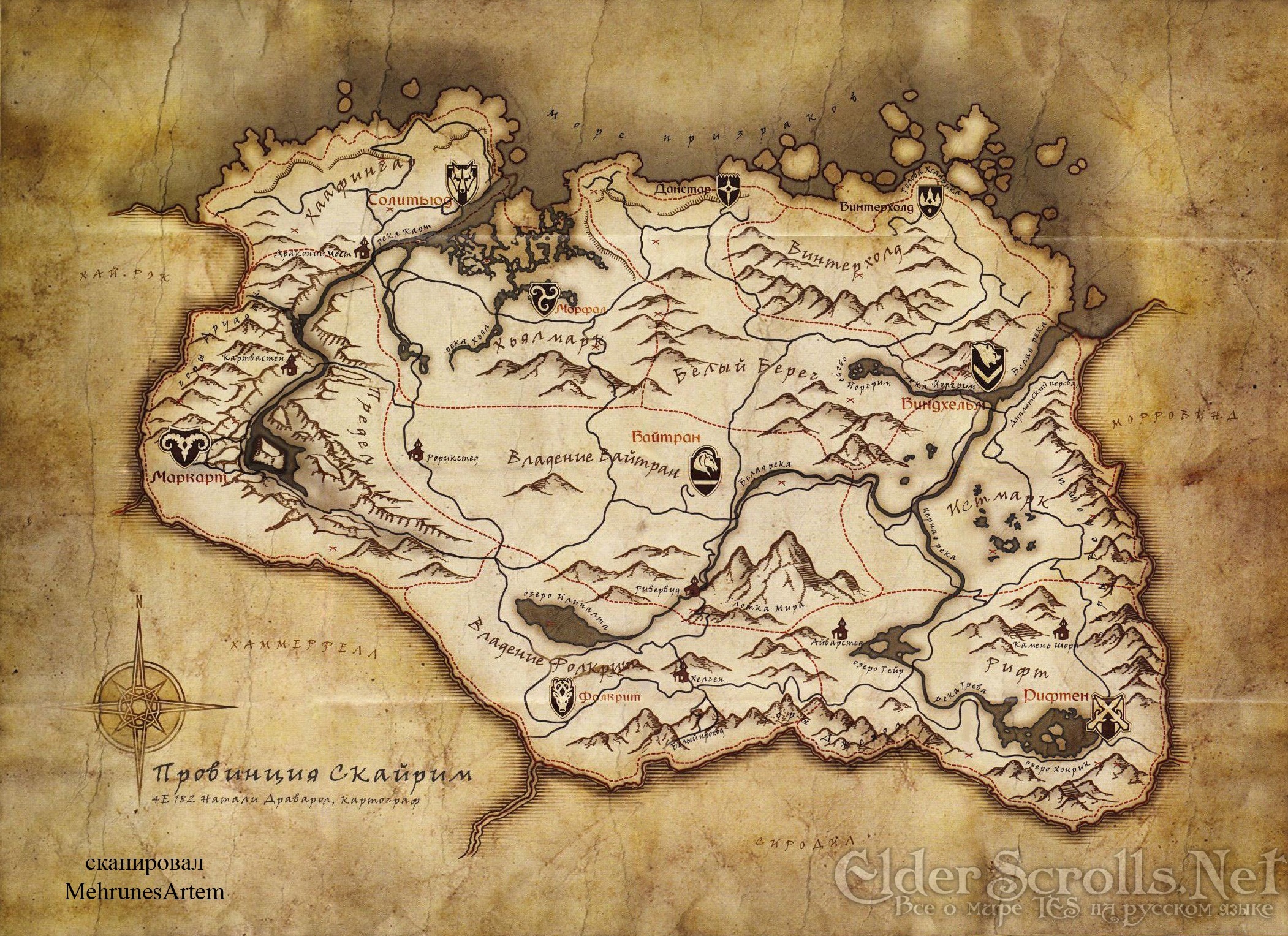 Great news for all Elder Scrolls fanatics: Bethesda has revealed the map for the upcoming TES V: Skyrim. The basic shape of the map already existed in the lore of Bethesda's Nim world, and for those who have followed the in-game books and atlases, it should be quite familiar; some of you probably have an idea of what it looked like, Bethesda just confirmed it and added names to the places.

From the looks of it, there are nine emblems scattered around the map which are most likely indicators for the locations of towns.

TES V: Skyrim is due for release on 11.11.11 for all major platforms and is the next game in the series (reverse chronological order: Oblivion, Morrowind, Daggerfall, Arena). As time draws closer to the release date, Bethesda should announce the system requirements and you can bet your headsets that we will have a post on that, so keep your eyes peeled!