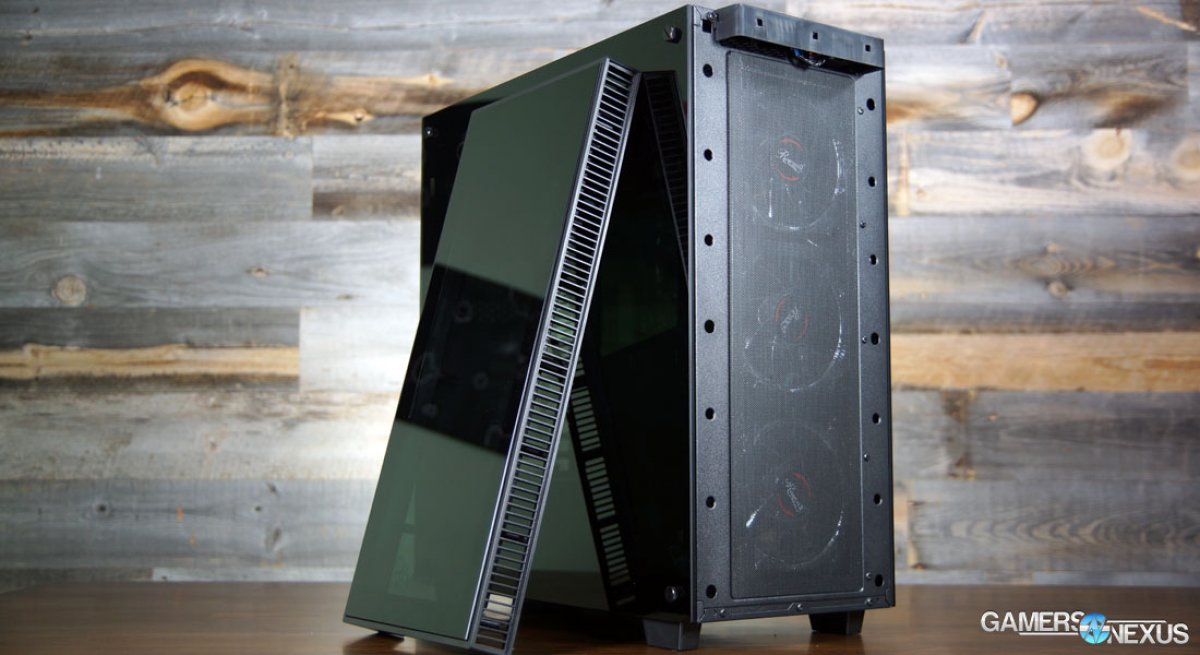 AMD Ryzen 1700X ($299): The Ryzen deals are beginning to look more and more like part of a permanent price drop. It’s not worth shelling out extra cash for the higher-tier R7s when the 1700 can potentially be overclocked to the same speeds, and the fact that the 1700 and 1700X currently cost exactly the same means customers have probably caught on.

Xbox One Wireless Controller (Refurbished) ($39): We don’t normally list non-PC hardware, or refurbished items, or things that are sold by third parties on Newegg, but here we are. Some console ports just plain need a controller, and speaking as someone that absolutely despises joystick controls, the Xbox One’s controller is pretty tolerable. This will need a micro-USB cable for use as a PC gamepad. As always with refurbished items, read the return policy before purchase.

Rosewill Cullinan ATX Mid Tower ($90): This was almost a link to the Anidees AI Crystal, but Rosewill takes no prisoners in their ongoing price war. $90 gets a decent, good-looking case with a ton of tempered glass and four preinstalled LED fans. A year ago, MSRP was $180.

Fractal Meshify C ($80): This isn’t the lowest price we’ve seen the Meshify hit, but it’s still a bargain on a good case. As for the anonymous one-egg review from a guy who got fooled into buying this case by “all those tech tubers,” we’re… sorry?

Pixio PX347c 3440x1440 34 inch 100Hz FreeSync Monitor ($550): We prefer linking sales on 4K monitors when we can find them, since paying hundreds of dollars for anything less seems like a shortsighted investment. This Pixio monitor makes up for its resolution by being 21:9, curved, 100Hz, and FreeSync compatible, which are all features someone is looking for.

ASUS ROG MAXIMUS VIII HERO LGA1151 Z170 ATX Motherboard ($150, $100 after rebate): We like ASUS ROG boards, in spite of their ridiculous names. Think of the $50 rebate as an apology for the “GAME ON! YOU SHALL NOT PASS” door-hanger that ASUS mails you with this particular specimen.

DeWalt DC759KA 18 Volt Heavy-Duty Cordless Drill ($77): Now you too can make YouTube commenters angry by drilling through things in a non OSHA-approved manner. For any kind of case modding or undoing sticky screws, a small powered drill is a must.

Corsair RM750i 750W 80 PLUS GOLD Fully Modular PSU ($129, $109 after rebate): Other PSUs in this line are also on sale, but 750W is a good compromise between price and wattage. Check out our dictionary entry for an explanation of 80 PLUS ratings.

Corsair CX550M 550W 80 PLUS BRONZE Semi-Modular PSU ($55, $35 after rebate): 500W is enough for a standard gaming PC, and $35 is very cheap for an 80 PLUS certified PSU. This is the “classic version,” which probably translates to “old stock that we’re trying to clear before the next quarter.”