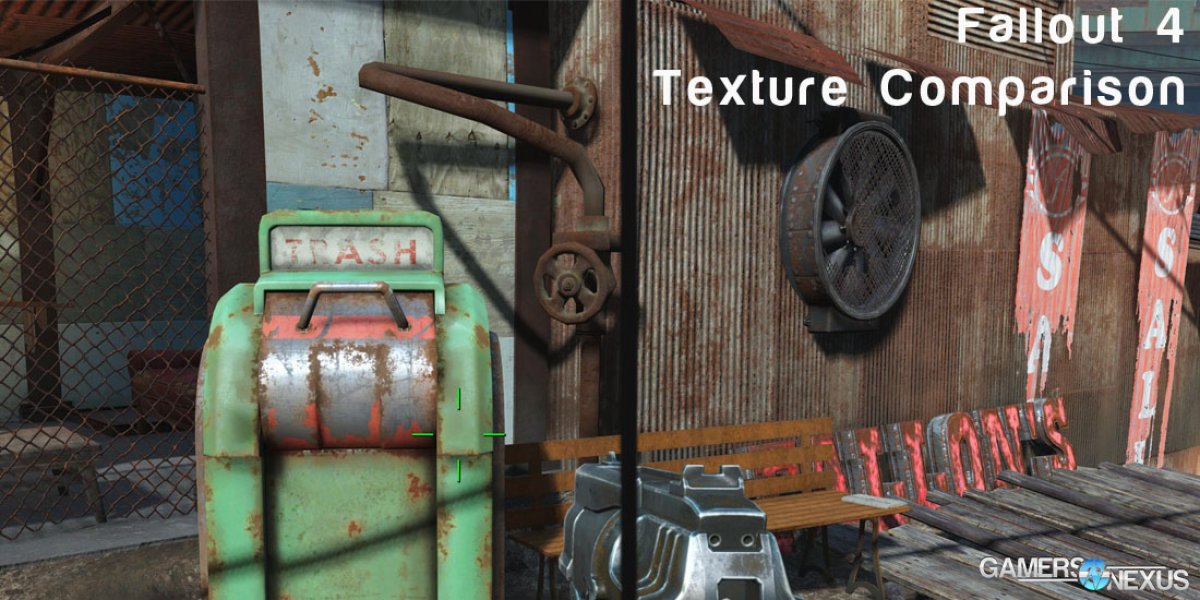 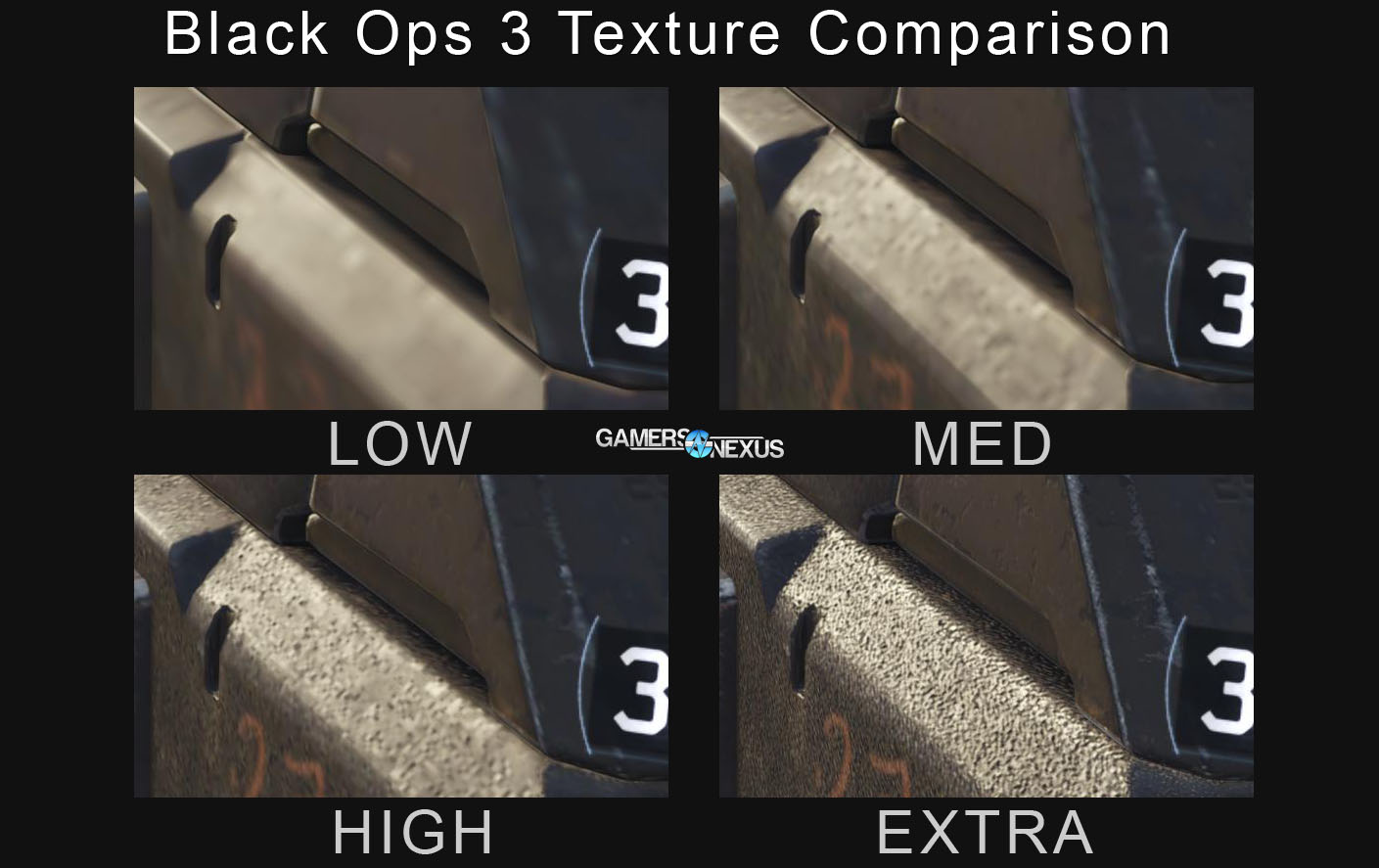 And here's what we get in Fallout 4:

Above: We found Waldo!

Effectively no difference. The only texture set for which there is a visible difference is the one with the trash can (and fallen sign), wherein the dilapidated signage exhibits lower resolution rust texturing and less sharp lettering on the nearby tapestry. The rest are effectively identical in visual output.

NVidia's latest 358.91 Fallout 4 drivers were used for testing, including the Fallout 4 optimizations. The latest AMD Catalyst drivers (15.11 beta) were used for testing. Game settings were configured to "Ultra" with “ultra” overrides where not selected, "Medium," and “Low” presets at 1080p, 1440p, and 4K resolutions. Once we determined which settings provided a reasonable level of load for appropriate video cards, we forged forward testing those configurations on our suite of GPUs.

For purposes of this graphics comparison, we took easily replicable steps on each texture resolution setting to ensure accuracy of results. All graphics settings were configured to their maximum value on the “graphics” tab, with the exception of anti-aliasing (FXAA). Screen resolution was set to 4K for the screenshots, but benchmarks were taken at 1080p and 4K (only reporting on 1080).

We traveled to preselected locations. Once there, we stood on designated “landmarks” and took the screenshots.

We face two issues with presentation of screenshots as data: They're massive, consuming large amounts of server bandwidth and greatly hindering page load time, and they're comparative, so we've got to find a way to show multiple shots at once. In order to mitigate the impact of each issue, we used a selection marquee of 546x330, selected a detailed portion of the 4K image, and then pasted it into the documents shown below. There is no scaling involved in this process.

Because file sizes were still an issue, we then scaled the finalized document into an 1100-width image, embedded in this article.

The performance delta measures-in at less than 1FPS on average: 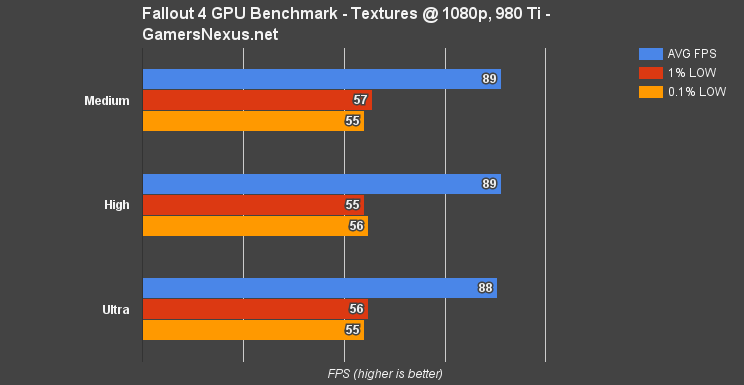 I'm not sure I understand why texture quality is present as an option. We were able to pinpoint a few rare instances where the textures actually changed between Medium and Ultra, the two opposing points on the settings scale. When it requires work to find the change, and when the FPS delta is as insignificant as it is, it's tough to say what the setting really is doing for anyone. The signs look the same, the armor looks the same, the character clothing looks the same, the ground looks the same, the walls look the same. It's that one fallen sign and the “tapestry” (for lack of a better name) where we see the difference, along with a few similar objects throughout the entire game.

If you're trying to get a few FPS out of a setting, this isn't the place to go. We'd recommend tweaking volumetric lighting and shadow distance first, where we saw gains in the respective ~12% and ~16% ranges.

That said, bottlenecking on VRAM could be a problem for users with older 1GB cards and maybe on 2GB cards. If encountering VRAM bottlenecks, dumping textures to “high” will resolve some of this.