Although it is action-adventure at its heart, Hack n’ Slash sees a slight departure from the mechanics of the genre's resident games, like The Legend of Zelda series and similar titles: Hack n' Slash takes its name literally, letting players solve puzzles by manipulating the game’s code. The idea was conceived during a Double Fine Amnesia Fortnight, a two-week period that challenges all Double Fine staff to break up in groups and come up with ideas for new games. One team came up with the Hack n’ Slash concept based on one developer’s experience with hacking into old Legend of Zelda titles, and not surprisingly, the setting and visuals bare some resemblance.

Presenting modifiable variables in the game’s objects, like what indie title Glitchspace does, enables players to experience the game however they want.  The hacking interface is easy to understand and interpret; just press the action button and , the green-clad elf star of the production, will plug her USB sword into an object (presumably this takes three tries, just like real USB devices). The hacking interface shows the different variables that can be modified by changing their values. can hack several types of objects, but I’ll break these down to enemies and environmental items. Enemies (like ill-tempered, charging turtles) can be manipulated by modifying movement speed, attack frequency, and attack damage. Setting negative values to certain variables reverses the outcome; for example, assigning attack damage a negative value means that the enemy will give health when attacking.

This opens the door for a good deal of player creativity.

Players can also hack several environmental objects to solve puzzles and unlock loot and health boosts. Assign a bush’s “on fire” property from false to true, and it will burn to reveal a heart, or twelve hearts if you've set that value. Alternatively, move stones out of the way by changing the number of times you can push them (increasing the maximum count of movements). The hackable environment presents more of a challenge when multiple objects form a larger puzzle. I came across a matrix of hackable stones and had to move certain stones to free up space. For each stone I moved, I manipulated how far that stone moved and whether or not that move was a push or a pull. I had to plot out my maneuver for each stone, otherwise I’d find a way to get myself trapped.

Hack n’ Slash also features more complex puzzles that present fundamental hacking techniques. The demo featured a password hack for which I only knew three out of 12 characters. By scrolling through the alphabet and testing out each letter to see if it would light up its corresponding statue, I slowly-but-surely found the matching letter for each character. It turns out even a right-brained fellow like me could learn a thing or two about how a game works from within.

Not covered in the demo, but enhancing the hacking depth, is manipulating code in the game’s files through spell books, as well as bombs that blow up non-hackable objects to reveal a hacking opportunity. There’s even a Third Eye Hat that brings up Double Fine’s actual Debug UI to give you hints for solving puzzles, unlocking treasures, or interacting objects that don’t give you an interaction prompt.

Hack n’ Slash’s first three chapters will be available in the next 2-3 weeks on Steam Early Access, with a fourth chapter coming later. Purchasing the game also gives players access to the game’s development assets, allowing them to modify the game however they want. A player could, for example, develop a game that plays out more like The Legend of Zelda or introduce a cooperative mode, so there should be prevalent community engagement.

Kickstarters have gained community support not only for their innovative indie titles, but also the story behind how those games are taken from concept to potential product. Perhaps there’s no better history behind a Kickstarter-backed game than last year’s Legend of Dungeon - a campaign that took the developers from a treehouse to a full studio.

Sam Farmer was working on a game in his LA studio, Rocket Science Amusements, employing the help of his mother, father, and high school drama teacher. He fatefully saw a tweet from Double Fine requesting independently-developed games for publishing opportunities and, through the power of digital communication, got signed-on for his in-progress adventure title, Last Life. 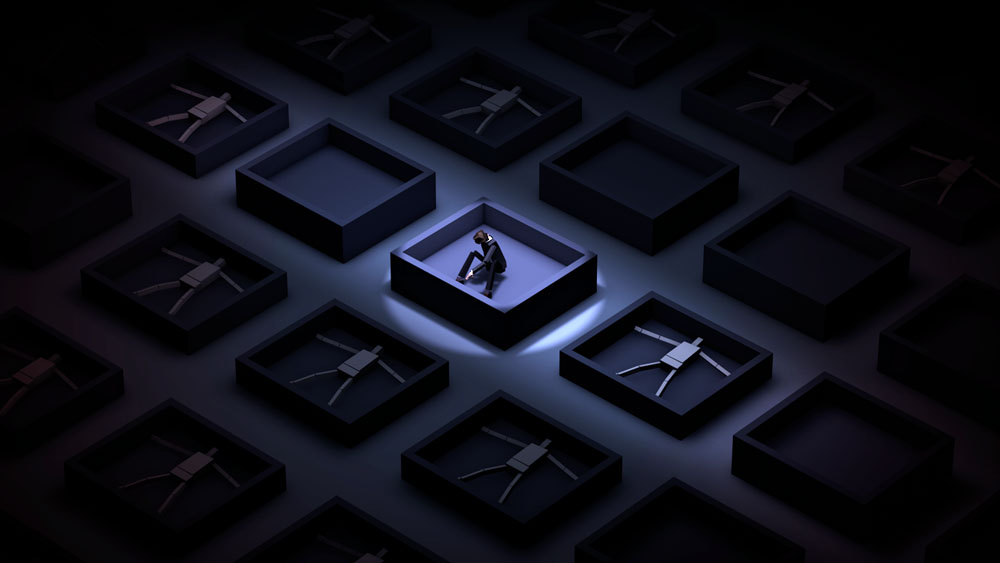 Last Life recently launched its Episode 1 Kickstarter and is already nearing 50% of its targeted funding. I played a demo at PAX East and chatted with Farmer about his unexpected path to publishing and what the game will reveal in its 3-episode canon.

Last Life is the second project to be published under Double Fine Presents – following the recently-launched Escape Goat 2. It’s a point-and-click adventure title set in the future, but is heavily influenced by film noir storytelling – something we’re seeing in games like The Wolf Among Us. Players assume the role of private investigator Jack Parker. Parker has been murdered but brought back to life temporarily via 3d printing technology, so now he’s on the case to investigate his own murder. The game takes place on the human colony of MarsTopia eleven years after Earth was destroyed; I guess there’s something particularly noir about a planet vanishing, too.

Last Life works with an inventory of items – such as a beverage, a cigarette, and a revolver – that players can use to interact with different characters and scenes. Using an object will produce a reaction from that character and can introduce a dialogue, a series of exchanges that usually presents multiple options. Players can also interact with the characters and environment by choosing either the investigate option or the dialogue option. For every interaction, Parker will recite the action to the player in a way that feels like a play-by-play account of his story – playing out like a noir film or novel; an example of this would be, pulled from my hat: “I went to offer Misty a drink but turned away when I saw the men who were watching her every move.”

Farmer admitted to not having the resources and technical skill to develop mainstream AAA visuals, so he opted for a more minimalistic art style. It’s polished and intriguing - somewhat reminiscent of the metropolis created in Fanstasia 2000’s Rhapsody in Blue and Pixar’s Paperman short film, and even the recently released Jazzpunk. I can see how, with a minimalistic approach, players will be less assuming and will need to piece the story together by interacting more with the environment.

Farmer’s character design is a key microcosm to the player’s understanding of the MarsTopia Universe. Characters take on a form I’d classify as animated stick-figure-meets-mannequin, with rectangular appearances and fairly mechanical motions. Even Parker is faceless, leaving the player to understand his emotions through his body language. Placing Last Life’s characters in an urban, over-corporatized setting certainly amplifies the story’s themes of corruption and conspiracy, too. 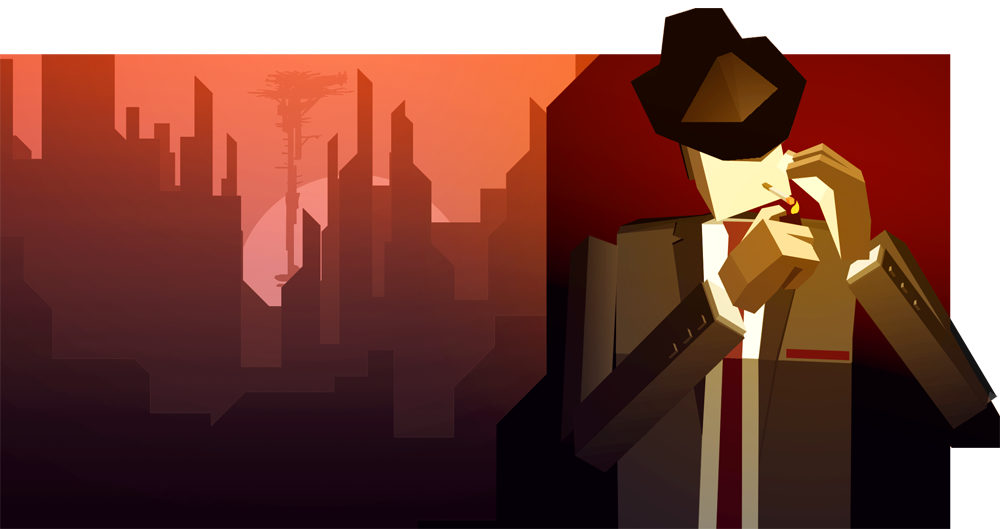 Farmer’s been working on the game for about half a year, and much of his progress comes by way of his resourcefulness. Jack Parker is voiced by Farmer’s high school drama teacher and is partially based on him. Farmer’s mom, a published author, is assisting her son with the script and dialogue. His father is writing the music. Now those are some genes we can all get on board with.

I’m curious to find out what led to Earth’s demise and what case Parker was assigned to prior to his murder, and I’m equally interested to see how Famer further builds his own union of sci-fi meets film noir. But for now, many of Last Life’s mysteries lie behind closed venetian blinds.

My last stop at the Double Fine booth brought me to a 4-person same-screen multiplayer game called "BGA World Tour." Dave Gardner, the game’s developer, wanted to make a game specifically for PAX East, so he drew on influences like TowerFall: Ascension and his golf hobby to create BGA World Tour.

Gardner was hesitant with golf at first because it doesn’t speak to gamers the same way that something like dodgeball would. He followed his heart in the end, eventually putting out what was a fitting addition to the genre. Besides, I'll likely never get to whack a golf ball at someone in real life (memories of Happy Gilmore returning), so a virtual equivalent seems appropriate.

And unlike golf, the mechanics in BGA World Tour are fairly simple: Players run and jump along the map to line-up next to golf balls that get dropped from the top; they then hold down the B button (on an Xbox controller) to wind up and aim using the analog stick to target their shot. Characters’ health meters deplete after each shot, and the last player standing wins the round. The game’s at its peak when players fire shots at each other from different levels, jumping over and ducking under each other’s attacks to avoid being reduced to a tomato-red mess of blood.

The playable characters come from various Double Fine games -- even the upcoming Hack n’ Slash’s is playable. So, naturally, Double Fine’s team -- including Tim Shafer -- was just as thrilled to take a whack at Dave’s pet project.

Double Fine has no immediate plans to publish BGA World Tour, but perhaps the community could be an influencer once again. Nonetheless, it’s a perfect example of how Double Fine encourages new ideas and expands its current franchises in its community and headquarters.

We want to extend a big thanks to Double Fine and Last Life’s Sam Farmer for showing us around.